This is the way to go shopping 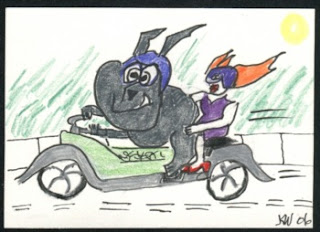 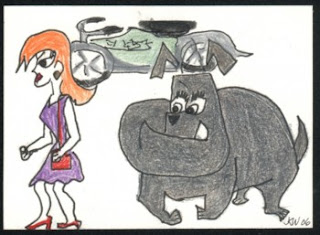 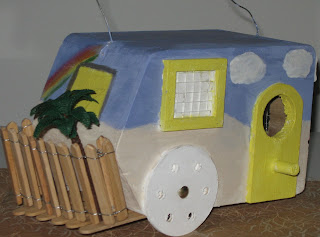 TRAVEL TRAILER
After all, I have to figure out how to find that Yellow Cottage, so have trailer will travel. 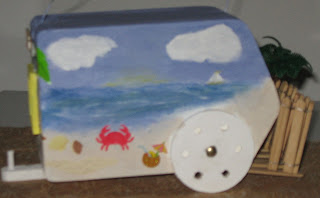 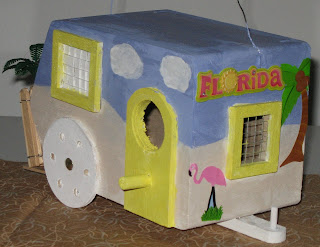 And on the west coast and far up the east coast there are Puffin's.  According to Wikipedia  Puffins have brightly colored beaks during breeding season.  They feed primarily by diving in the water.  They breed in large colonies on coastal cliffs or offshore islands, nesting in crevices among rocks or in burrows in the soil.  They are found in the North Pacific Ocean and North Atlantic Ocean.

Enjoy Paint Party Friday by checking out the other artists.
Blessings,
Janet

I make cloth dolls like this one with a Lady Bird (bug) design. She is shown in a little girl's bedroom.  We know what kind of doggie she has because of the doggie portrait.  Her favorite color is lavender.
Enjoy Paint Party Friday so many wonderful artists are available there.
Blessings,
Janet
Posted by JKW at 11:50 PM 24 comments: