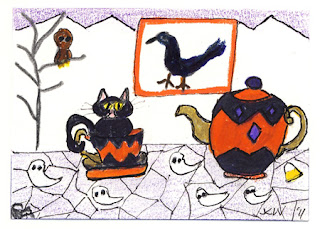 Are you decorating.  Look at the many ways to decorate your place.

Check out the other Paint Party Friday artists and see what they are up to this week. 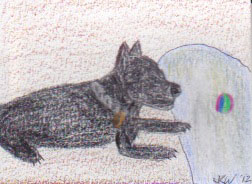 Yogi passed over Rainbow Bridge. He had a lot of fun playing in the pool when he lived in FL. 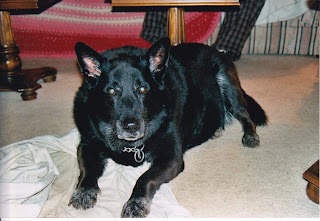 I am sure Daddy Steve was there to greet him.

Please take a look at the other Paint Party Friday artists. 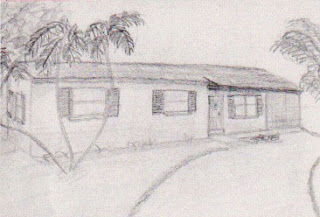 The house I lived in looked exactly like this. I live there 6 years. I downsized to a condo in January 2000. We went through one hurricane (1999) Irene (The First Irene).  Flooded to the front door, but not beyond it. He parked the truck in front of the two windows because the windows were rattling. Good thing he had because the truck was below a 50 foot pine tree, some of which fell where the truck would have been parked. We were stuck inside for awhile because of the flooding. Yes there were storm shutters, but we weren't suppose to have the hurricane go right over us. We went to bed at 9 p.m. when the power went out. We had a small battery powered radio.  When we woke up at midnight, we heard the announcer say, the "eye" is going over us now.  WHAT!  The Eye of What?  Not good coverage of hurricanes back then.

There is a screened room on the other side, no garage.

There are so many talented artists at Paint Party Friday.  Be sure to check them out. 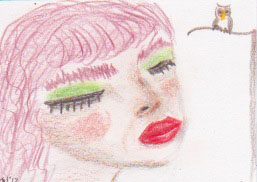 I chose to continue with faces.  Only this one just popped into my head. It is really of no one specific. The owl is a favorite beautiful bird.  It is an ACEO card with prismacolor pencils.

Join the Paint Party Friday artists.  They are unique and each one is a bit different. Enjoy.